Construction : Intersection Improvement: Canton Road at US 224 and State Route 91

This $12.2 million dollar safety improvement project is being administerd by the Ohio Department of Transportation. ODOT controls three of four legs of the intersection with Summit County responsible for the southern leg. The project will widen Canton Road/SR 91 to create a northbound dual left turn lane, eastbound right turn lane, proper eastbound left & southbound left storage length at the US-224 intersection. On Canton Road (CR-66) south of US-224, they will construct raised concrete median from US-224 to approximately 150 feet south of the Arcadia and Meadow intersection. Canton Road will be widened for a two way left turn lane south of Arcadia to Springfield Lake Drive and on State Route 91 from Old Home north to Linwood. There will be dedicated U-Turns on Canton Road at Springfield Lake Drive and on State Route 91 at Linwood. The project includes City of Akron waterline replacement within the project limits. Springfield Township and the Village of Lakemore are participating financially in the construction of decorative lighting units and landscaping along the corridor. 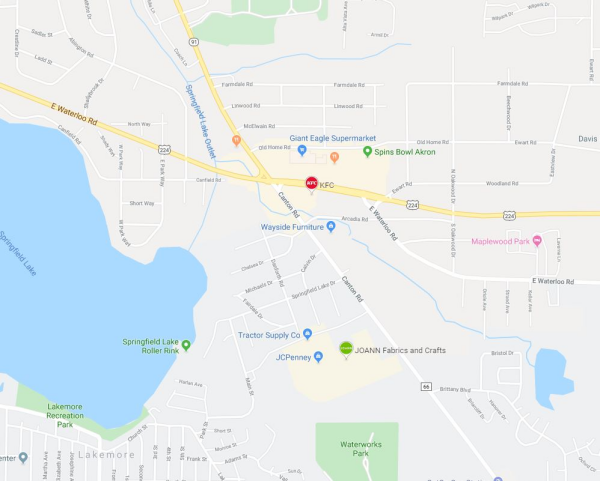 From the Ohio Department of Transportation:

***NEW*** State Route 91, US Route 224 & Canton Rd. in the Village of Lakemore & Springfield Township
(Tuesday, April 14 – until further notice)
Beginning on Tuesday, April 14, the following routes will be reduced to one lane in each direction for roadway construction:

(until further notice)
The following locations will have various lane restrictions for drainage installation:

This $8.3 million intersection improvement project is scheduled to be completed by November 2021. 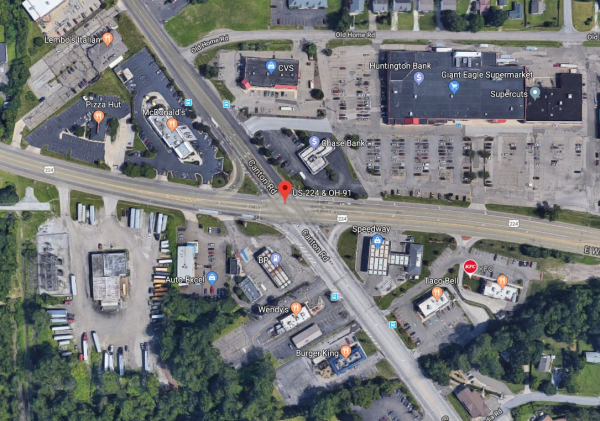